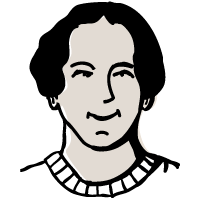 If you are similar to the average homeowner, you p …

Why Is Your Refrigerator Leaking? What You Can Do
11 August 2020

If you are finding a puddle beneath your refrigera …

If you are similar to the average homeowner, you probably do not give much thought to your garbage disposal. As long as it gets rid of your food scraps and leftovers that have gone bad when needed, it typically remains underrated. But when you take into account the job that this appliance is tasked with, you will quickly realize that neglecting the garage disposal system greatly increases the chances of disrepair, as it is constantly grinding and cutting up an array of particles of varying textures and densities. Establishing these challenges allows you to acquaint yourself with the potential issues that could crop up, so you will know when the appliance would require professional attention. For more on that, here are occasional issues you may face that would necessitate hiring appliance services for garbage disposal repair.

The garbage disposal is not turning on

When your garbage disposal has no power, it will, undoubtedly, alert you to the possibility of an underlying problem. But before you hire appliance services, you can try to reset the system. When the garbage disposal overheats, its motor will become overloaded, and this prompts the internal circuit breaker to automatically shut off the system. Resetting the unit may help with turning it back on. If this does not work, the culprit could lie in an array of other electrical issues, such as a defunct plug or a defective switch. In this instance, it is vital that you seek disposal repair rather than try to tamper with the unit on your own.

The garbage disposal has sprung a leak

While you could think your garbage disposal is merely made up of blades and a pipe that redirects the waste away from the sink, the reality is that it is much more complex than that. What remains out of sight is the network of joints, fasteners, and fittings that need to remain secured in place. Daily use of the garbage disposal coupled with the vibrations that it generates can loosen these various components, and if they are not tightened in good time, they will allow moisture to seep out of the system. You may also notice that the garbage disposal is producing a rancid smell, too, as rotten particles of food can seep out of these loosened parts. To make sure that your kitchen is not at risk of mold, you must hire garage disposal repair services as soon as possible so that the hidden leaks are diagnosed and fixed.